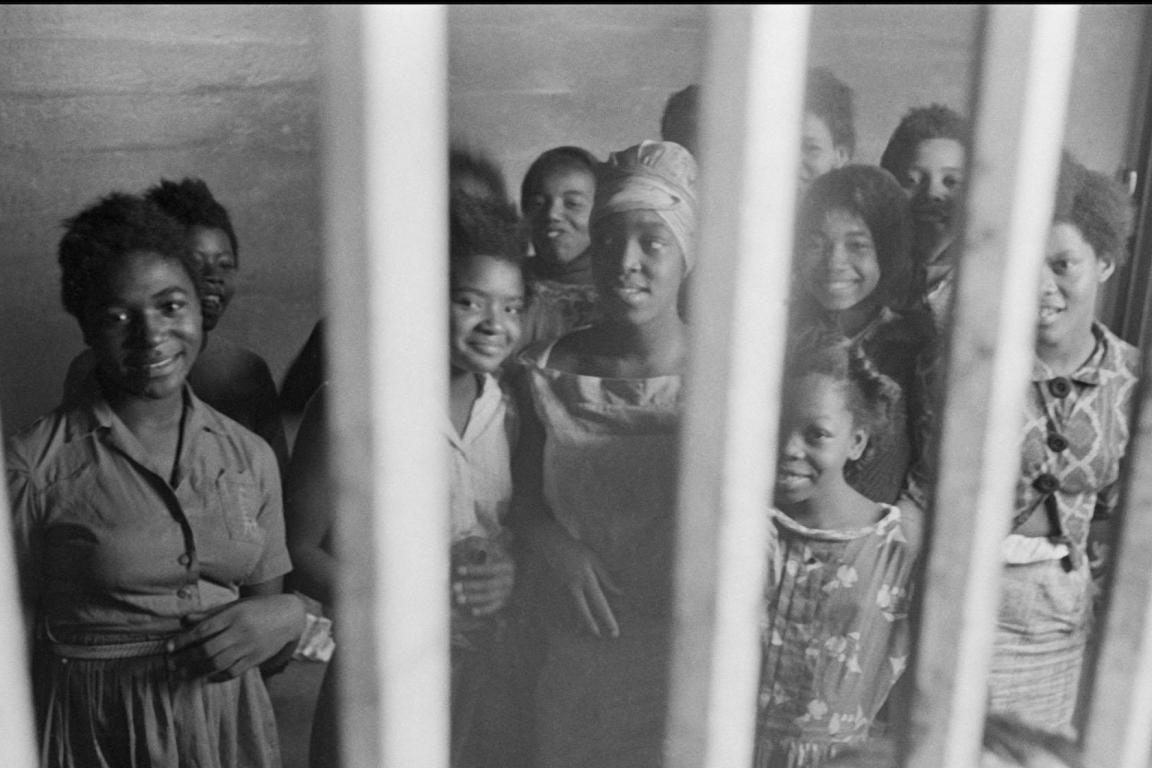 I never fully realized the monumental role that massive numbers of children played in civil rights protests. Law enforcement arrested and jailed children by the thousands for days, and sometimes months, and their involvement helped to enable one of the greatest legal and social assaults on racism in the 20th century — the Civil Rights Act of 1964. The Leesburg Stockade Girls are an incredible example of these courageous, young freedom fighters.

You may ask, “Who were the Leesburg Stockade Girls?” In July of 1963 in Americus, Georgia, fifteen girls were jailed for challenging segregation laws. Ages 12 to 15, these girls had marched from Friendship Baptist Church to the Martin Theater on Forsyth Street. Instead of forming a line to enter from the back alley as was customary, the marchers attempted to purchase tickets at the front entrance. Law enforcement soon arrived and viciously attacked and arrested the girls. Never formally charged, they were jailed in squalid conditions for forty-five days in the Leesburg Stockade, a Civil War era structure situated in the back woods of Leesburg, Georgia. Only twenty miles away, parents had no knowledge of where authorities were holding their children. Nor were parents aware of their inhumane treatment.

A month into their confinement, Danny Lyon, a twenty-one year old photographer for the Student Non-violent Coordinating Committee (SNCC), learned of the girls’ whereabouts and sneaked onto the stockade grounds to take pictures of the girls through barred windows. After SNCC published the photos in its newspaper The Student Voice, African American newspapers across the country printed the story, and the girls’ ordeal soon gained national attention. Leesburg, Georgia. Arrested for Demonstrating in Americus, Teenage Girls Are Kept in a Stockade in the Countryside, © Danny Lyon/Magnum Photos, Collection of the Smithsonian National Museum of African American History and Culture.

On August 28, 1963, as Martin Luther King Jr. gave his historic “I Have a Dream” speech in Washington, DC,  these children sat in their cell bolstering their courage with freedom songs in solidarity with the thousands of marchers listening to Dr. King’s indelible speech on the National Mall. Soon after the March on Washington, during the same week of the bombing of the five little girls at Sixteenth Street Baptist Church on September 15, 1963, law enforcement released the Leesburg Stockade Girls and returned them to their families.

Their story was part of the broader Civil Rights effort that engaged children in a variety of nonviolent, direct actions. In Alabama, for example, thousands of youth participated in the 1963 Children’s Crusade, a controversial liberation tactic initiated by James Bevel of the Southern Christian Leadership Conference (SCLC) and led by Dr. Martin Luther King, Jr. After careful deliberation about the merit of involving children in street protests and allowing them to be jailed, Dr. King decided that their participation would revive the waning desegregation campaign and would appeal to the moral conscience of the nation.

On May 2, 1963, in response to an invitation from Dr. King, roughly a thousand students—elementary through high school—gathered enthusiastically at Sixteenth Street Baptist Church and joined a civil rights march throughout the streets of Birmingham. By day’s end, law enforcement had jailed over 600 children. The next day the number of children doubled. However, the training classes provided by SCLC leaders could not have prepared the children for the violence they would encounter. The Commissioner of Public Safety Eugene “Bull” Connor directed the use of fire hoses and attack dogs on the children, and people in America and around the world witnessed this brutality. Authorities arrested nearly 2,000 children—one as young as four years old.  These protests continued throughout the first week of May, with over 5,000 children being jailed.

Within days, SCLC and local officials reached an agreement, in which the city agreed to repeal the segregation ordinance and release all jailed protestors.  Ultimately, the activism of thousands of African American children in 1963, including the Leesburg Stockade Girls, provided the momentum for the March on Washington and contributed to the passage of the Civil Rights Act the following year.

The history of children’s Civil Rights activism continues to be important to tell. The Leesburg Stockade Girls realize this importance, and they are documenting their story. In 2015, as the keynote speaker at a commemorative event for the Leesburg Stockade Girls at Georgia Southwestern State University, I engaged with ten of the surviving women, who shared recollections about the day of their arrest. Remarkably, these women still possess a collective spirit of resistance to social injustice, and they are beginning to embrace their place in history.

As we reflect on their story and the broader history of youth activism, let us consider:  How might children today play an equally significant role in promoting racial equality in the United States?