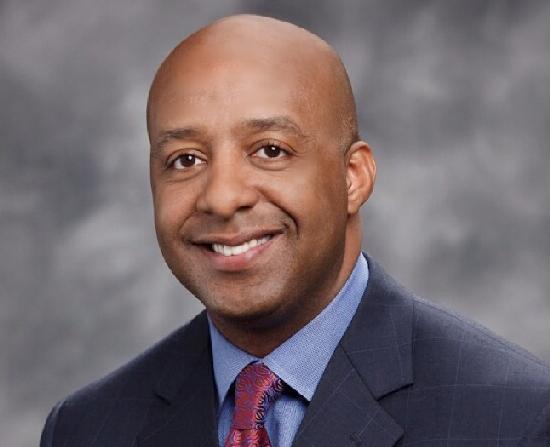 Mr. Ellison will also join the Board of Directors. He will then succeed Myron E. (Mike) Ullman, III as CEO of JCPenney on August 1, 2015. At that time, Mr. Ullman will become Executive Chairman of the Board for a period of one year.

Prior to his 12-year tenure at Home Depot, Mr. Ellison served for 15 years in various positions at Target.

Thomas J. Engibous, Chairman of JCPenney’s Board of Directors, said, “The Board has completed its search for the right CEO to lead the next stage of JCPenney’s growth. We are delighted to have found that person in Marvin Ellison, a highly accomplished retail executive with a history of delivering top and bottom line results at major American retailers. He brings to the role, among other assets, an extensive knowledge of store operations and supply chain management as well as a demonstrated ability to successfully run large retail organizations. In light of these attributes, we believe he is well equipped to return the Company to profitable growth.

I would like to express the Board’s deep gratitude to Mike Ullman for all he has done, and will continue to do, for JCPenney. After agreeing to return to the Company during the most difficult period in its history, he has stabilized the business, improved performance across the board, and placed the Company on a course for profitable growth. His dedicated service has been invaluable to the Company, and we look forward to his continued contributions as CEO during the transition and as Executive Chairman thereafter.”

Mr. Ullman said, “It is a great pleasure to welcome Marvin Ellison to JCPenney. Over the course of his career, he has proven his ability to produce results by improving operations, building customer loyalty, and motivating his teams. His experience and leadership are exactly what we need to accelerate the progress we have made over the last 18 months. I look forward to working closely with him and the rest of our outstanding team in the coming months to ensure a smooth transition and a successful future for JCPenney.”

Mr. Ellison said, “I am honored by this appointment and excited about the opportunity to help lead the continued resurgence of JCPenney. This Company has been an important part of the American retail landscape for over one hundred years. Today, it is moving in the right direction and there is an extraordinary passion to win at every level of the organization. As President and, ultimately, CEO, I will be focused on positioning the Company to compete in a rapidly changing retail environment for the benefit of our customers, shareholders, suppliers and associates. I am confident that we have the customer proposition, the brand, and the talent to make JCPenney successful over the long term.”

About Marvin EllisonMarvin Ellison, 49, has nearly 30 years of experience in the retail industry. He has spent the last 12 years at Home Depot. As executive vice president of U.S. stores since August 2008, he has been the senior-most operations leader for Home Depot’s approximately 2,000 stores. Prior to that, he was president of the Northern Division, a role in which he had responsibility for the sales and operations of more than 700 stores in 21 states and led a team of more than 150,000 associates. Previously, he was senior vice president of global logistics, with oversight of all domestic distribution, transportation, store and appliance delivery, import distribution and international logistics throughout the United States, Canada, Mexico, China and more than 35 other countries. Before joining Home Depot, Mr. Ellison spent 15 years with Target in a variety of operational roles, including Corporate Director of Asset Protection.

Mr. Ellison serves on the board of directors of FedEx. He is actively involved in philanthropic efforts including inner-city school renovations, as well as mentoring programs aimed at developing inner-city youth. He earned a business administration degree in marketing from the University of Memphis and a Master of Business Administration from Emory University.