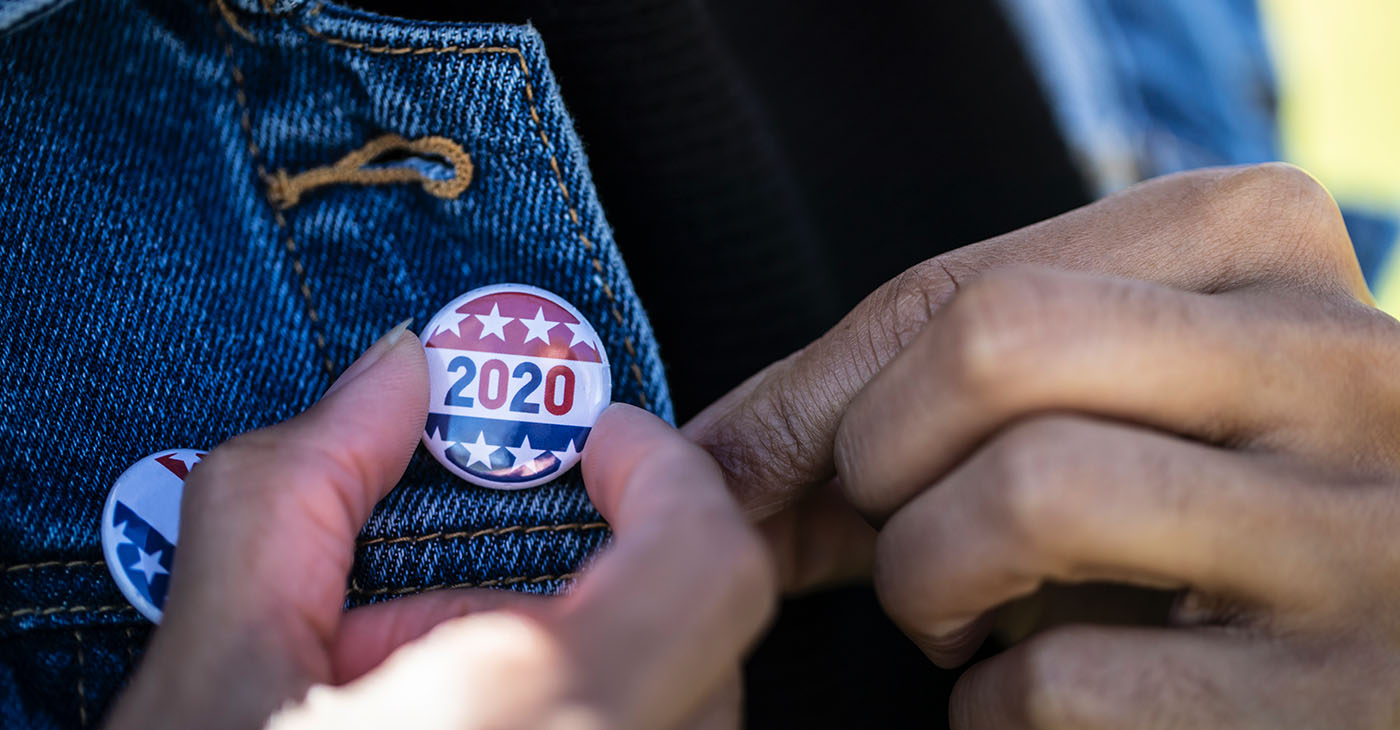 Vote! I cannot say it any simpler or say it enough.

Vote to restore government for the people, by the people; vote to preserve our threatened middle class; vote for America’s workers by voting for an America that works; vote up and down the ballot and vote union blue.

Sisters and brothers, I have to say that never before has there been so much at stake for the American people than in this election. From constitutional court decisions affecting human, civil and worker rights, to the ability to safely exercise our right to vote … all are on the line.  Our current way of life, fought for and worked for over so many decades, is being threatened. Ruled by the rich for the rich sure is not looking out for those of us who work for a living.

Together we can readjust America’s light to again shine on a united future — the way it was intended to be.

Here is what makes your vote so critical. Consider the issues that your ballot will impact by helping to elect representatives who support labor and the American worker.

Who represents us in the courts?

Our courts are deteriorating quickly to an anti-worker mindset. Over the past four years, two very conservative Supreme Court justices have been appointed, Brett Kavanaugh and Neil Gorsuch, moving the Court further to the right and further away from protecting our rights.  And a third anti-labor judge will likely be railroaded through in advance of the election.  In addition, more than 50 judges for the United States Courts of Appeals, more than 135 judges for the United States District Courts, and two judges for the United States Court of International Trade have been appointed during the current term. In consequence of these numerous court appointments, our courts are turning in a detrimental way against fair labor practices and human rights. Through your vote in November, you can help fend off further anti-labor control of decisions and policy.

Who is watching out for us?

Since the 2016 election, there have been several disturbing anti-labor appointees to the National Labor Relations Board (NLRB), the government agency that enforces labor law as it relates to collective bargaining and unfair labor practice charges. This includes officials like William Emanuel, a labor lawyer at the notorious anti-worker law firm Littler Mendelson.  He is, most certainly, no friend to labor and his voting record shows it.  And we must not forget the appointment of Eugene Scalia last fall to Secretary of Labor. The New Yorker magazine has called him “a wrecking ball for labor.”

And consider that on February 6, 2020, the House of Representatives passed the Protecting the Right to Organize (PRO) Act, which would significantly restore workers’ right to organize and bargain collectively.  However, the Senate has failed to even allow a vote, let alone, pass the PRO Act. The UAW has endorsed the PRO Act and we must work to see that it is passed.

Protect our right to vote

Your very right to vote in this, and every election is guaranteed by the U.S. Constitution. It is a fundamental aspect of living in this democracy. During the COVID-19 pandemic, making our way to the polls has been a concern for many. Mail-in and absentee ballots are a viable option for a safe, secure election. However, we have seen:

That the current management of the pandemic favors the Chamber of Commerce interests over that of the labor force is clearly illustrated in the response to the COVID-19 crisis. Among the anti-worker, anti-safety steps taken:

Guide us out of this crisis

This terrible pandemic has been devastating on so many levels and recovery from the economic, public health and employment impact of the virus will take years. We need strong leadership to guide our country out of this crisis. Now, more than ever, it is time to use our right to vote to let our voices be heard. When UAW members vote, when labor votes, we win. If we stay home, we are silent and powerless and we enable those who would work against us.

Brothers and Sisters there are no excuses. Voting by mail is easy and safe. Dropping your ballot at the city clerk’s office or at a voting ballot drop box is easy and safe. You can vote early.  Or you can do it at the polls on November 3rd. But however you choose to vote, please vote. Don’t let anything or anyone stand in your way.

Our way of life is at stake.