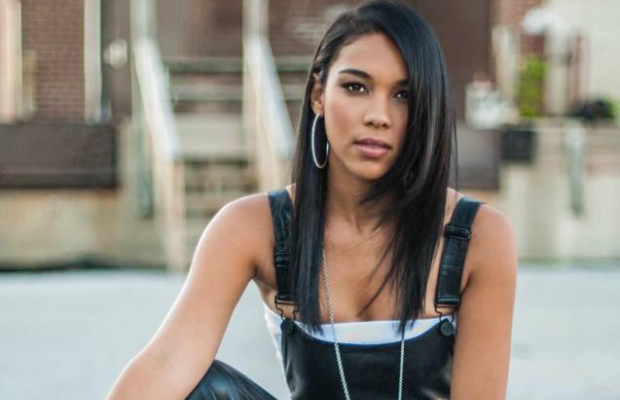 Everyone seems to be against the Aaliyah biopic — especially since Aaliyah‘s family isn’t involved with the film. But Lifetime made it anyways.
And Alexandra Shipp who stars as the late singer is speaking out about the film’s controversy and how she’s proud to have taken the role.
In an “Entertainment Tonight” interview with Kevin Frazier, she seems to be very confident about her part and even sang some of Aaliyah’s material during the interview.
“It was scary but I knew that I had to do it. I don’t know, something in me was like you have to do this. You’re going to love this experience more than anything,” she said.
Shipp goes on to talk about Aaliyah’s first love — R. Kelly. “R Kelly was Aaliyah’s first love. She married him. She had to have loved him because Aaliyah don’t play. She never does, so she went hard for that love,” she said.
If anything Shipp isn’t too worried about the haters. She is feeling very confident about her performance. She told Frazier, “Don’t worry boo, I deliver.”