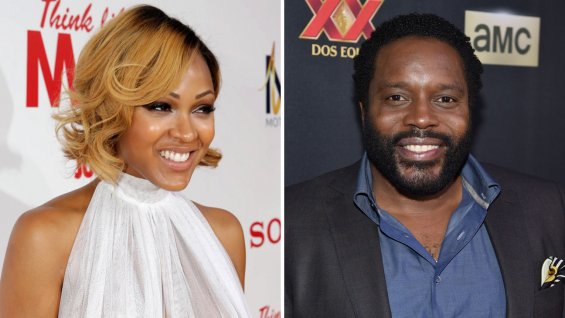 Meagan Good and “The Walking Dead” actor Chad Coleman will play a couple in an abusive relationship in a sweeps episode of NBC’s “Law & Order: SVU,” it was announced Tuesday.
According to The Hollywood Reporter, Coleman will play a former sports-star-turned-reporter who is accused of assaulting his girlfriend (Good). Despite photographic evidence of the abuse, the case becomes complicated when the couple tries to keep the charges under the radar.
“Domestic violence, with a push from [star] Mariska Hargitay’s No More campaign, has recently sparked a long-needed national dialogue,” said executive producer Warren Leight. ” ‘Spousal Privilege’ explores the personal and legal complexities of this intractable problem. We are thrilled that Chad and Meagan are joining us to take on this challenging episode.”

The episode, titled “Spousal Privilege,” will premiere on Nov. 19.
Read more at https://www.eurweb.com/2014/10/meagan-good-chad-coleman-headed-to-law-order-svu/#2H7yyDCwfAVPCS51.99