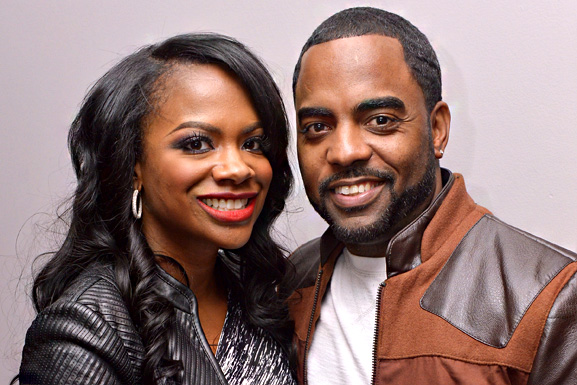 The motivation is there for Kandi Burruss and Todd Tucker to have another baby. The question is if the “Real Housewives of Atlanta” star is really expecting, in light of the couple’s well-known desire.
Look no further than Tucker, who gave HipHollywood.com the scoop (sorta) at the premiere for his new reality show “Hollywood Divas.” According to him, Burruss is … “Three months pregnant.”
As much as RHOA fans are waiting it, it just wasn’t meant to be at this time as Tucker fessed up to this confession being nothing more than a joke. “I’m just playing, we’re working on it, we’re practicing,” he told the site.
It’s not hard to see how Tucker could mess around with HipHollywood, considering Hollywood Divas off and running with him as the TV One docu-series’ executive producer.
Burruss, who was happy to put talk of her husband being an “opportunist” to bed, more than enjoyed seeing Tucker in such a good space.
“I’m super excited for my husband Todd,” she said. “Everyone has speculated forever like what does Todd do or whatever, well now you can see what he does as an executive producer through his own company.”
“Hollywood Divas,” starring Countess Vaughn, Golden Brooks, Paula Jai Parker, Elise Neal and Lisa Wu airs at 10 p.m. every Wednesday night on TV One.