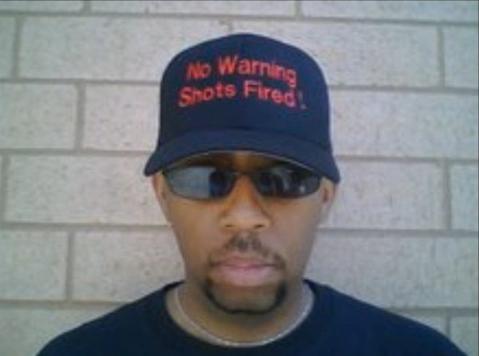 I’d be lying to myself and you if I said that the trailer for the new NWA (N*** With Attitude)  movie, “Straight Outta Compton” didn’t make me wanna stand in  line and drop 10 bucks to see the flick.  The trailer suggests that the film centers around a group of young men  experiencing the trials and tribulations of being black in America during the 80’s, who used their fame  to become the official spokes-homies of the ‘hood.   In the  aftermath of the deaths of  Mike Brown, Sandra Bland,  Samuel DuBose and numerous others who died mysteriously after confrontations with CWA (Cops With Attitude)  ,  who wouldn’t want to see a film about a bunch of rappers throwing up their middle fingers in the face of authority and inspiring a generation of black youth to become revolutionists ?
Interesting story, indeed.  But it’s just not the story of NWA.
The real story of NWA goes more like this…”During a period in the late 80’s when rap artists like  Public Enemy and Boogie Down Productions were succeeding in getting a nation of millions to stop selling crack and to stop killing each other, out of nowhere a group of rappers came along and destroyed  the foundation that they were building and leaving as their  legacy the broken bodies and shattered dreams  of millions of black men and grieving mothers…
For those of us who  were fortunate enough to live through the Reagan/Bush Era, we know the truth. The problems facing African Americans in 2015, are no  different from the problems that we faced during the 80’s with police brutality, white on black violence,  black on black violence etc.  And just like during the 80’s, when black political awareness was rising here comes  NWA again to lower the intelligence bar and turn potential revolutionists into apolitical  thugs.
I must admit, the way the music  industry used NWA was wickedly, brilliant.  While Public Enemy was trying to save black lives, they created a group  to destroy them.  So NWA’s  two politically  aware songs served  only as a Trojan Horse to bring people into the real agenda, profitizing the destruction of the  black community.
Matter of fact, NWA did not even deny the nefarious plot to overthrow conscious Hip Hop with gangsta-ism. They bragged about it!
According to  Vibe magazine writer, Cheo Hodaria Coker, Dr. Dre even admitted that NWA was created to be an alternative to music that promoted black power. So. this was no accident.
No one is denying that F*** the Police set a new standard in articulating the frustrations of young black men who were constantly being harassed by the cops . But the problem is, if you take “F*** the Police (and the contradictory Express Yourself)  out of the equation , what are you left with?  You are stuck with two albums and one EP that glorified black death and misogyny and inspired rappers of subsequent generations to follow their lead. Just listen to  “She Swallowed it” off of their second album where the Pied Pipers of Pedifphellia rapped about the  sexual gang bang of a 14 year old girl and the other subject matter did not really differ from that formula.
Now, there are some who would argue that NWA was not  really a symbol of black genocide. But that’s just like saying  that the Confederate Flag was not  really a symbol of white racism.  So, we are clearly dealing with revisionist history.

Now, ultimately,  I don’t blame five black kids from the hood  for  hatching such a genocidal plot, I blame the music  industry and in this case Jerry Heller, who is credited as being one of the co-founders of NWA. In my opinion, Heller is a war criminal and should be charged with war crimes against the African American community.

In his autobiography, Ruthless, a Memoir, Heller even confesses that based on the historical conspiracies  by the “powers that be”  to exterminate black people, “ if these conspiracies are true…then Eazy E and I were just pawns of C.I.A machinations too vast to contemplate.”
Therefore, if Eazy, Dre,  Cube, Ren and Yella are  guilty of anything, it is the sacrifice of young black lives on the altar of  the Synagogue  of Satan for the reward of riches beyond  their wildest dreams. So, no I won’t be watching Straight Outta Compton and if you care anything about the state of Black America, neither should you. We cannot allow history to repeat itself where the revolutionary spirit of black youth is channeled into self destructive behaviors and the “enemy” ultimately becomes other black men.
Instead of spending our money on Straight Outta Compton , we should be buying books to teach the youth  about The Black Panthers  and other revolutionists who really stood up against police brutality.  The blood of the thousands of young men who died over the last 25 years trying to be “N**** demands it !
For a thorough breakdown of NWA:
[youtube https://www.youtube.com/watch?v=NnpFG00dELQ?version=3&rel=1&fs=1&showsearch=0&showinfo=1&iv_load_policy=1&wmode=transparent]
Min. Paul Scott is founder of the Messianic Afrikan Nation. He can be reached at info@nowarningshotsfired.com Follow on Twitter @truthminista