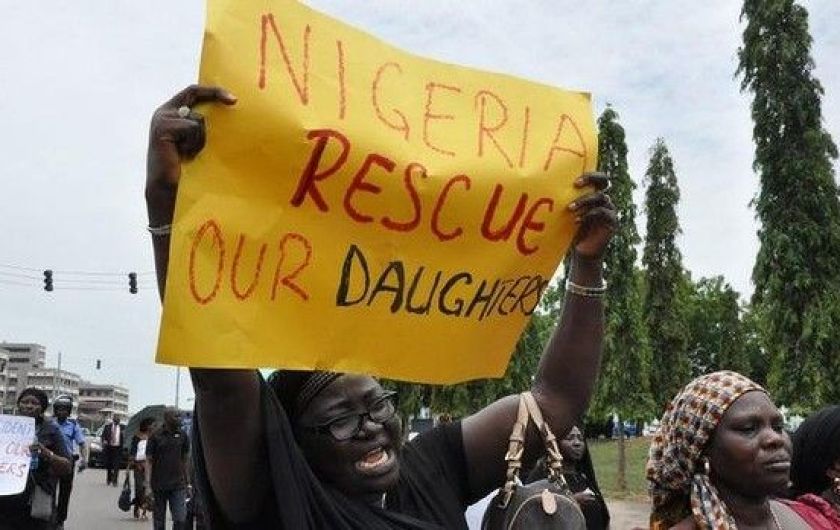 In an interesting piece at Huffington Post’s Black Voices, writer Charlotte Alfred updates the situation on the Nigerian school girls who were kidnapped by the Muslim terrorist group Boko Haram nearly 5 months ago.
Their abduction sparked global outrage and a huge campaign calling for their rescue, partly propelled by the hashtag #BringBackOurGirls.
However, basically nothing has happened to change the situation. Alfred’s report provides need information and insight into the situation.

Sunday marks five months since the girls were kidnapped. Here’s what has happened since.
Not one student has been rescued
In the first days after the abduction, 57 of the girls managed to escape from their captors. But not one has escaped or been rescued since then.
Even though they were reportedly located months ago
In May, a Nigerian military official claimed he knew where the girls were being held. A month later, U.S. surveillance planes also spotted a group that officials believed to be the girls.
Stephen Davis, an Australian cleric and mediator, said in June that a deal to free the girls had fallen apart three different times in one month. He says that powerful people with “vested interests” are working to sabotage a deal, and he has accused Nigerian politicians of funding Boko Haram. Nigeria’s government has defended its approach to the crisis and warned that a rescue effort might risk the girls’ lives.

Get the rest of the story at Black Voices.
Read more at https://www.eurweb.com/2014/09/5-months-later-and-still-no-sign-of-abducted-nigerian-girls/#AWBDlJ5aSPDgswBE.99