ATLANTA—Mayor Andre Dickens announced the City’s recently revived “Pothole Posse” is exceeding its goals, having already filled 1,085 potholes in its first month on the job. 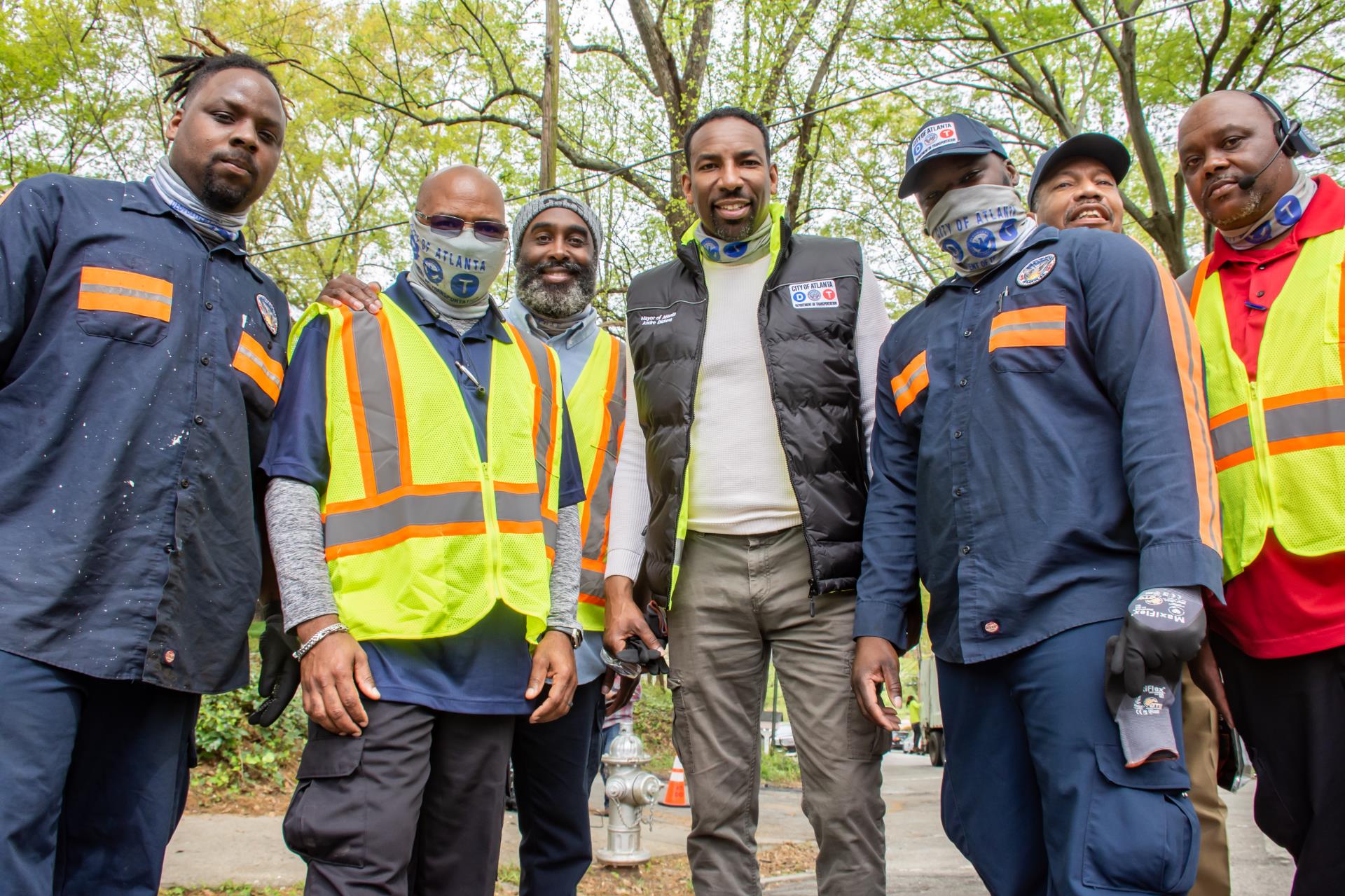 “When I worked alongside the Pothole Posse, we heard directly from residents how grateful they were to have their streets repaired,” said Mayor Dickens. “I am excited that the Pothole Posse is already exceeding our goals after only a month on the job. And I am grateful for the team’s exemplary work, which is representative of all our frontline workers across the city.”

Mayor Dickens relaunched the Pothole Posse during his State of the City address on April 4, pledging to repair 30 potholes per day. The group was originally formed under the leadership of then-Mayor Shirley Franklin to make quick repairs in response to residents’ reports.

“We know we need to invest not just in patching holes but in building strong infrastructure,” Mayor Dickens added. “If Atlanta voters approve the Moving Atlanta Forward 2022 Infrastructure Program this month, we will be able to put $460 million into our transportation and trails networks all across our city.”

Early voting began this week on the infrastructure package, which includes the TSPLOST and two bonds. More information on the program is available at: www.atlantaga.gov/government/mayor-s-office/2022infrastructure.

A pothole is a roadway defect caused by natural occurrences, such as warm climates and subsurface failures. These defects disrupt travel and endanger safety for drivers and riders. Each year, thousands of roadway-related service requests are reported to the City’s ATL311 customer service portal. Requests to repair potholes are the among the highest. Learn more about the Pothole Posse here: https://atldot.atlantaga.gov/services-2/potholes. Media that wish to cover the work of the Pothole Posse can contact Michael Frierson/ATLDOT at MFrierson@atlantaga.gov.