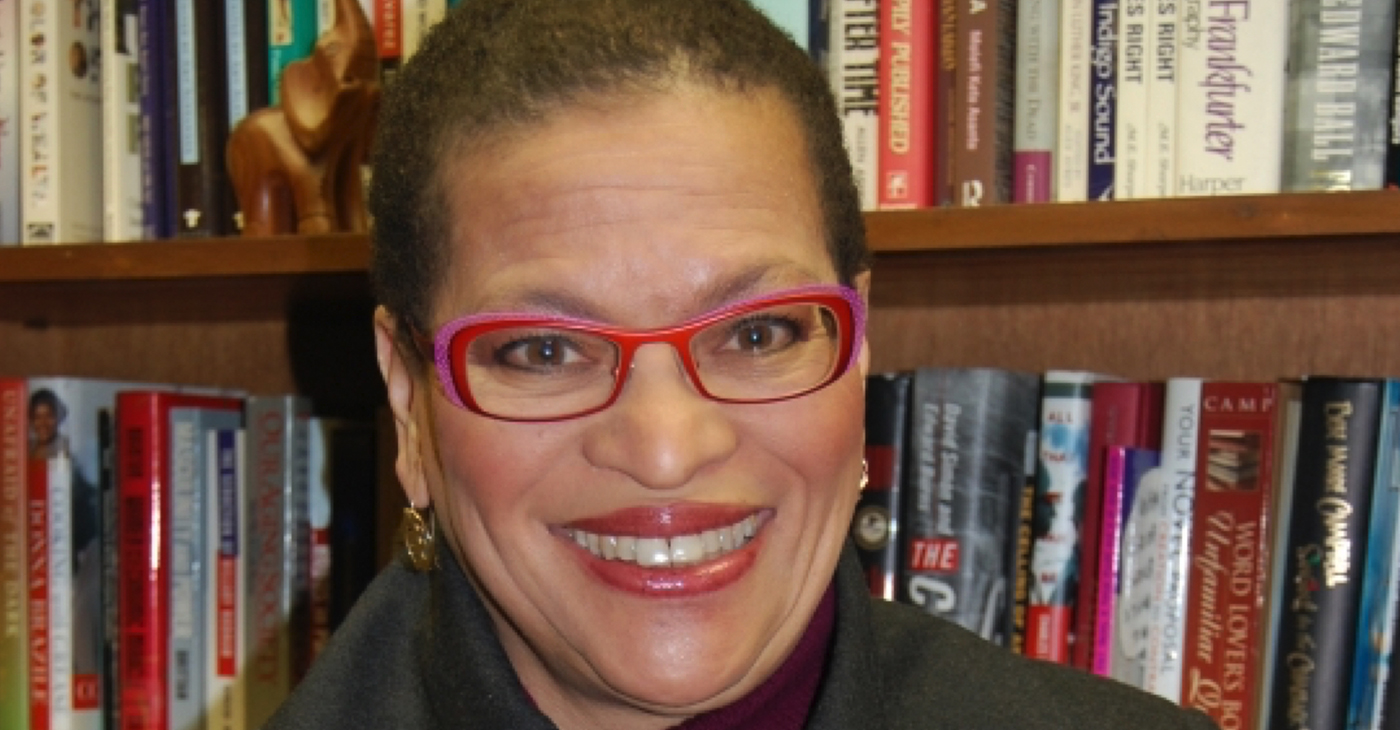 Julianne Malveaux is an author and economist. Her latest project MALVEAUX! On UDCTV is available on youtube.com. For booking, wholesale inquiries or for more info visit www.juliannemalveaux.com

I was returning from an errand when the skies opened up. The punishing rain came down with such vigor that despite an umbrella, the bottom inches of my pants were soaked. With my wash and wear hair, and just half a block more to walk, I shrugged the rain off, until I saw a woman sheltering herself from the rain in a narrow but covered side entrance to a church. The opening could not have been more than 4 feet wide, and sister was easily five feet tall. She had wedged herself, somehow, into the space and was lying horizontally with a newspaper over her head. From across the street, I could see her beautiful dark chocolate skin, but also her disheveled clothing, and no layers to shelter her from the rain. Watching her reminded me that we are going into the season of high risk for those who have no shelter. Many can make it during the warmer months sleeping comfortably outside, but as temperatures drop and precipitation increases, thousands are vulnerable because they have no shelter.

When we elect a clown, expect a circus. Too many urgent national concerns are being swallowed by this man who lacks the gravitas to behave as President. The man who calls his colleagues “scum,” who attacks Black people, especially Black women, with impunity, who dodges the Constitution every chance he gets, who might spark a major crisis by stomping over oversight, and who might cause a government shutdown later this year if he doesn’t get his way.

And then there are the human needs that are being ignored. According to the Department of Housing and Urban Development, during a “point in time” survey on a night in January 2018, more than half a million homeless people were counted.

While there are flaws in this methodology, it is as close as we can get to a scientific measurement of the homeless. There are half a million people, mostly men, mostly white, but way too many African Americans. African Americans are 13 percent of the population and 40 percent of the homeless. The homeless are primarily concentrated in California, New York, Florida, and Texas, but you can find them in almost any community. Two-thirds of the homeless are sheltered on a given night, but a third are sleeping on the streets, on park benches, in alleys, under awnings. To quote the late great Congressman Elijah Cummings, “we are better than this.”

Nearly 40,000 of these homeless are veterans. Nearly 40,000 are youth. Their homelessness flies in the face of our values as a country. Those who have served our country should not have to sleep on the streets. Those who have not have had a chance at life should not find their chances on a park bench. This is not just about homelessness. It is about an economic crisis that has made affordable housing difficult to obtain, with jobs and economic security even more difficult to obtain. While 45 crows about our healthy economy, the Fed has lowered interest rates because it is concerned about the health of the economy. And low unemployment rates belie the absolute angst that millions of our fellow citizens are experiencing.

The homeless data are daunting enough, but there is also hidden homelessness. Too many – 4.4 million – are living in other people’s houses because they have no homes of their own. While there is nothing wrong with “doubling up” families when it is voluntary, involuntary doubling up is a prescription for disaster. Compound this with the number of young people who are “couch surfing” because they have no place to go. I’ve met young people who are living in storage units because they have no homes, managing their sanitation needs in gyms and hotel bathrooms. Some of these folks have full-time jobs that pay so little that they can’t afford housing. We are better than this.

The specter of homelessness is incompatible with the rhetoric of economic progress and economic expansion. From San Francisco, where people with tents live underneath freeways, to Washington, DC, where homeless people sleep on streets that appear to be prosperous, to New York City, where some of the homeless have mental health issues, and nowhere to go. Our compassion compass is off because we are so focused on shenanigans that we have ignored people.

Still, about 552,000 people were shelter-challenged when HUD executed their “point in time” survey. It’s a flawed methodology, but one that challenges the nature of predatory capitalism in our society and in our economy. No one should have to sleep in the street, wedge herself into an awning, or stand in line for temporary shelter. We are so much better than this.

Julianne Malveaux is an author and economist. Her latest project MALVEAUX! On UDCTV is available on youtube.com. For booking, wholesale inquiries or for more info visit www.juliannemalveaux.com