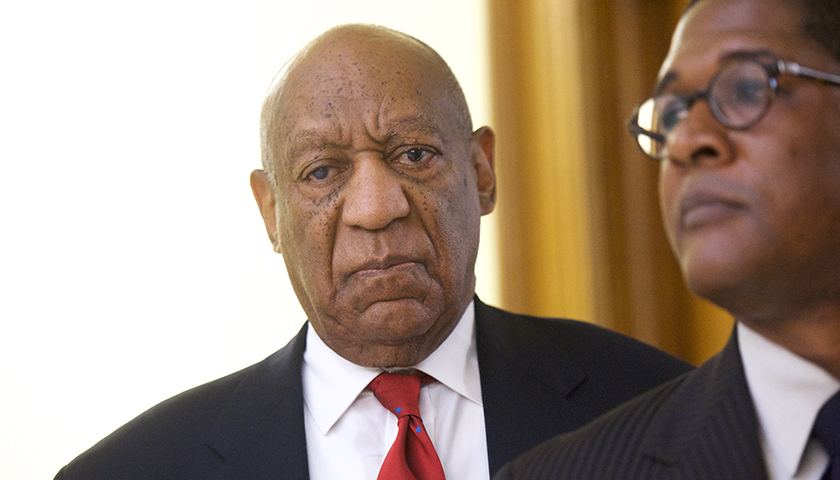 Cosby maintains that he had never given women Quaaludes without their knowledge or consent. He said he obtained them because, in the 1970s, “it was the in thing.” Both women and men wanted them, similar to the ecstasy craze of the 1980s and 1990s.

The primary reason that Cosby and his team cited to justify the appeal is that Judge Steven T. O’Neill allowed the testimony of prior bad acts – five women who were not connected to this case Cosby was tried for but who claimed that they were also drugged and assaulted by Cosby.

According to several attorneys and legal experts interviewed by NNPA Newswire, that ruling and many of the other decisions made by O’Neill over the course of the trial, were questionable.

“With respect to prior bad acts evidence, such as these other accusers, trial courts often let this type of evidence in where the Commonwealth can show that the allegations were similar or somewhat similar to the allegations in the current case, and the appellate courts usually approve of this,” stated Zak Goldstein, a Philadelphia-based criminal appeals attorney with the firm, Goldstein Mehta LLC.

“It then becomes incredibly difficult to obtain a fair trial as this type of propensity evidence is overwhelmingly prejudicial,” Goldstein added.

For those that may be unaware, Cosby faced two trials.

The first trial resulted in a hung jury where 10 of the 12 jurors voted to acquit Cosby.

The second trial resulted in Cosby’s conviction and a three-to-10-year prison sentence.

The NNPA Newswire covered both trials and their aftermath.

Both trials hinged upon Cosby’s interaction with Andrea Constand, a former Temple University athlete and employee.

Cosby acknowledged giving Constand one-and-a-half tablets of Benadryl, which is less than the normally dispensed dosage.

Benadryl is an antihistamine used to relieve symptoms of allergy, hay fever, and the common cold. It is considered one of the oldest and most frequently used over-the-counter medications for children, and normally dispensed in 25 MG tablets at a dosage of one to two tablets every four-to-six hours.

Contrary to popular belief, Quaaludes were never administered to Constand.

Both Cosby and Constand agree that Constand was never coerced to accept the Benadryl tablets. She accepted them and consumed them of her own free will.

During Cosby’s initial trial, in 2017, Constand and Kelly Johnson, who worked for Cosby’s agent, the William Morris Agency, were allowed to testify.

Both women alleged that Cosby drugged and sexually assaulted them.

Johnson initially testified said the incident happened in the late 1980s. However, during her testimony she changed the date of the incident at least three times, citing a different year each time.

While O’Neill allowed prosecutors to call Johnson, whose case was arguably unrelated to Constand, to testify, he refused to allow Cosby’s lawyers to call Marguerite Jackson, a Temple University employee, who in a sworn affidavit, said Constand told her about Constand’s scheme to “get Cosby.”

Because of O’Neill’s refusal to allow testimony from Jackson, the defense did not call a single witness during the 2017 trial, which ended in a hung jury.

In the second trial in 2018, O’Neill shockingly reversed his decision from allowing one woman to testify against Cosby, to letting prosecutors call five other women who had decades-old, uncharged, and unproven claims against the actor.

One of the women, Janice Baker-Kinney, testified that she had taken a Quaalude BEFORE visiting Cosby. Later, she said she accepted another pill from Cosby while at his home in Tahoe, Nevada.

When asked on the witness stand why she took a Quaalude, Baker-Kinney gave perhaps the most damning response: “To get in the mood,” she stated.

Another woman, Chelan Lasha, gave her testimony while being coached from the audience by her attorney.

The Black Press observed attorney Gloria Allred appearing to motion for her client to cry while on the witness stand. Lasha sobbed throughout the entire, almost unintelligible testimony.

O’Neill refused to allow Cosby’s attorneys to question Lasha, or inform the jury, about her reported history of perjury and prostitution.

Another woman, former supermodel Janice Dickinson, testified that Cosby assaulted her in the 1980s.

Dickinson claimed that she was on a modeling shoot on an exotic island with her boyfriend when Cosby called her from Nevada.

She immediately left the boyfriend and flew to Nevada, where she had dinner with Cosby and a friend.

Dickinson said she went to Cosby’s room, and he drugged and assaulted her.

In her memoirs, however, Dickinson wrote an entirely different story.

She said, “Cosby was such a gentleman,” and noted that she had gotten high on her own. A photo displayed in court regarding the night in question was curious.

It showed Cosby in a robe and talking on the telephone, while Dickinson lies on a bed appearing alert and a willing participant in whatever was to take place.

The second trial also was a lesson on how not to select a jury.

When selected, Juror #11, quipped that Cosby was already guilty. However, O’Neill refused defense attorneys request to remove him.

Also, despite other jurors admitting to “personal relationships” with case detectives and prosecutors, O’Neill also refused defense motions to remove them.

One juror even admitted to being neighbors and friends with O’Neill’s court reporter, but the judge declined to remove that individual.

The judge also refused to rule on whether the statute of limitations had expired.

In Pennsylvania, the statute of limitations on sexual assault is 12 years. For prosecutors to have brought a case against Cosby that dated back to 2004, it must have been done by December 31, 2016.

Lead defense attorney Tom Mesereau laid out travel and telephone records that should have proved that the case against Cosby was filed after the statute of limitations had run.

Prosecutors pinpointed the date of the Constand/Cosby incident to the second or third week in January 2004. However, evidence showed that Cosby wasn’t in Pennsylvania at all in January 2004.

The documents also showed Cosby wasn’t in the state in December 2003.

Perhaps the most credible witness called by either side was Cosby’s former personal chef, John-Conrad Ste. Marthe.

Earlier, Constand testified that the Ste. Marthe was at the house the night of the incident and left after preparing a meal, and he was still in Cosby’s employ.

Ste. Marthe remembered Constand but testified that he left his position in May of 2003 – a 2009 New York Times feature on the chef noted that he did leave Cosby’s employ in 2003.

O’Neill also limited testimony of a key defense witness who had sworn in a deposition that Constand and her mother were seeking money from Cosby.

Robert Russell, a former friend of Constand, said Constand was hooked on mushrooms and marijuana, and she came to America to try and become a millionaire.

Russell said he, Constand, and her mother, Gianna, were close friends in the late 1990s and early 2000s.

“The prosecution is trying to say that [Constand] is some innocent babe in the woods,” Mesereau said at the time. “They’ve painted the idea that’s she’s naïve, pure and holistic, and that she was naïve in accepting pills from Bill Cosby.”

Russell, who said Constand’s mother, Gianna, “hated blacks and gays,” said Constand wasn’t “this holistic person” she portrayed herself to be and that she had a plan to get $1 million from Cosby, who eventually paid Constand nearly $4 million to settle a civil claim she’d brought against him after prosecutors initially declined to prosecute Cosby.

That civil case involved Cosby providing a deposition that included his response to Constand’s lawyers questioning whether he had provided Quaaludes to women he dated decades earlier.

In the deposition, Cosby maintained that he had never given women Quaaludes without their knowledge or consent. He said he obtained them because, in the 1970s, “it was the in thing.” Both women and men wanted them, similar to the ecstasy craze of the 1980s and 1990s.

When asked if he gave them to women whom he wanted to have sex with, Cosby said he did.

While his statements to police and in his deposition remained consistent, Constand’s statements changed several times. So much so, that former District Attorney, Bruce Castor, advised her to seek civil remedies because he said: “she’s not credible.”

O’Neill refused to allow Castor to testify on behalf of the defense, in part, because of a longstanding feud between the judge and Castor.

Reportedly, O’Neill blamed Castor for outing an affair O’Neill had with a then-assistant district attorney in Castor’s office.

During the Cosby trial, O’Neill refused to recuse himself, and inexplicably gave an emotional and arguably inappropriate dissertation from the bench on how much he loves his wife and how she’s independent.

As jurors deliberated Cosby’s fate, O’Neill was seen and heard outside of the juror room, whistling the song from the hit movie, “Kill Bill.”

Shortly afterward, the jury reached its verdict to convict Cosby.