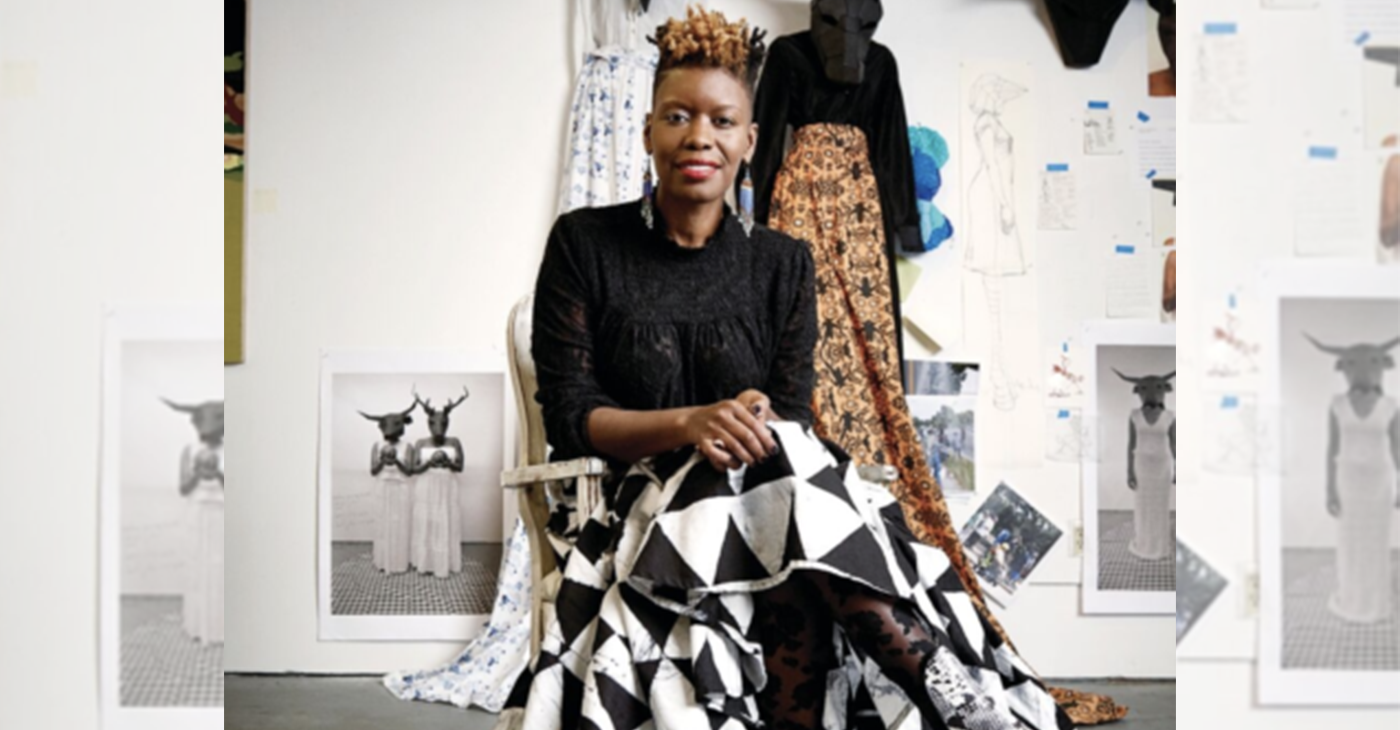 Atlanta, GA – Artist Shanequa Gay’s immersive, site-specific exhibition LIT WITHOUT SHERMAN celebrates Atlanta’s historic West End neighborhood. Integrating a mix of mediums, the exhibit includes murals painted onto the museum walls, specially designed toile schema wallpaper, and interactive video vignettes which tell West End stories.  The exhibit has been so popular, with many patrons visiting several times, that it has been extended. LIT WITHOUT SHERMAN: A Love Letter To The West End will be on view through December 22, 2019 at Hammonds House Museum, 503 Peeples Street SW, Atlanta, GA 30310.

“This exhibit is a collaboration,” states Gay. “Not only do I express my personal affection and feelings about the West End, but I worked with members of the community to help tell their stories. The neighborhood has a rich history and its residents include activists, artists, politicians, scholars and people from all walks of life.”

“As an artist my goal is to create works that are public and exchange based, explore current social and ethical issues, and focus on the experiences of African-Ascendant bodies and communities,” explains Gay. “Decorum is my weapon of choice as it is a language that can speak through various mediums such as paints, prints, fabric, dinnerware, and wallpaper. Our first human introductions to the world begin in the home through the lessons of the ‘homemaker.’ Women are the mothers, nurturers and preeminent storytellers of our community. In my work I use the ‘homemakers aesthetic’ as a way of introducing new, old, or mythological narratives. I am very excited about working in collaboration with Hammonds House Museum to integrate community and art making in such an authentic way.”

“LIT WITHOUT SHERMAN has resonated with our community, as well visitors from around the world,” states Leatrice Ellzy, Executive Director of Hammonds House Museum. “From the scenes depicting a local couple on a date, the welcoming image of the owner of Soul Vegetarian, to the homage to W.E.B. DuBois and HBCU’s located here in the West End, there are so many wonderful stories being shared.”

Gay was one of 10 artists selected for OFF THE WALL, a Mural initiative led by WonderRoot and the Atlanta 2018 Super Bowl Host Committee. In 2013, Gay was chosen by The Congressional Club to be the illustrator for the First Lady’s Luncheon hostess gift for First Lady Michelle Obama. Gay’s work includes television and film features in Lionsgate’s Addicted, the BET series Being Mary Jane and Zoe Ever After, and Greenleaf on Oprah Winfrey’s network, OWN.

Gay’s work has been featured at venues including Art Basel Miami (2018) and Chastain Arts Center in Atlanta, GA (2019). For more information, visit shanequagay.com.

LIT WITHOUT SHERMAN: A Love Letter To The West End will be on view through December 22, 2019 at Hammonds House Museum, 503 Peeples Street SW, Atlanta, GA 30310.

This article originally appeared in The Burton Wire.