Recent indictments and convictions suggest a swinging pendulum, and at least some cracks in the “Blue Wall” that all too often conspires to hide details and protect officers guilty of unjust shootings of African Americans and others.

But the more remarkable development is the demonstration of dignity and grace on the part of Botham Jean’s younger brother Brandt Jean.

Case in point Amber Guyger’s conviction for the murder of Botham Jean in Dallas.

Despite the fact that scores of Blacks wanted Amber Guyger to “rot and die” in prison for murdering Botham Jean, the victim’s brother made the remarkable gesture to forgive and hug his brother’s killer during the victim testimony phase of sentencing. 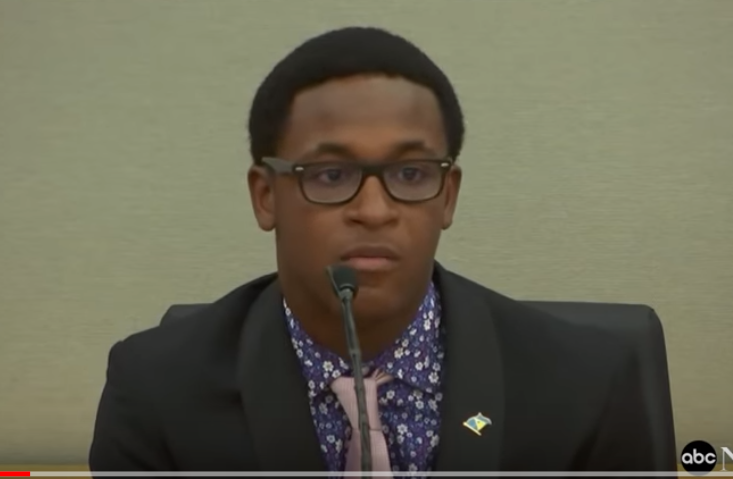 Brandt Jean, 18, fought back tears as he in a soft voice told a visibly shaken Amber Guyger that he forgave her for the murder of his brother, Botham, and that he in fact loved hare and wanted the best for her. In a still softer voice, Brandt Jean shared that he didn’t even want to admit to his family that he did not want to see the former Dallas police officer serve prison time. He asked only that she give her life to Christ.

Guyger who was convicted of entering Botham Jean’s home and fatally shooting him. And what Brandt Jean had to say directly to Guyger shook the courtroom to its core and reduced most onlookers to tears.

“I forgive you,” he said simply but powerfully. “I love you.”