Ten Historically Black Colleges and Universities Were Awarded a Total of $500,000 in Campus Improvement Grants

The Home Depot’s Retool Your School Campus Improvement Grant program held its 2019 Winners Ceremony to announce this year’s grant recipients. Ten HBCUs were awarded a total of $500,000 in grants to make sustainable campus improvements across their campuses. Nine schools were given $50,000 each in grants based on consumer voting. The tenth $50,000 grant went to Tennessee State University for winning the first ever “Campaign of the Year Award” for its original, innovative and effective campaign.

To date, the program has awarded more than $2.6 million dollars in grants to HBCUs. 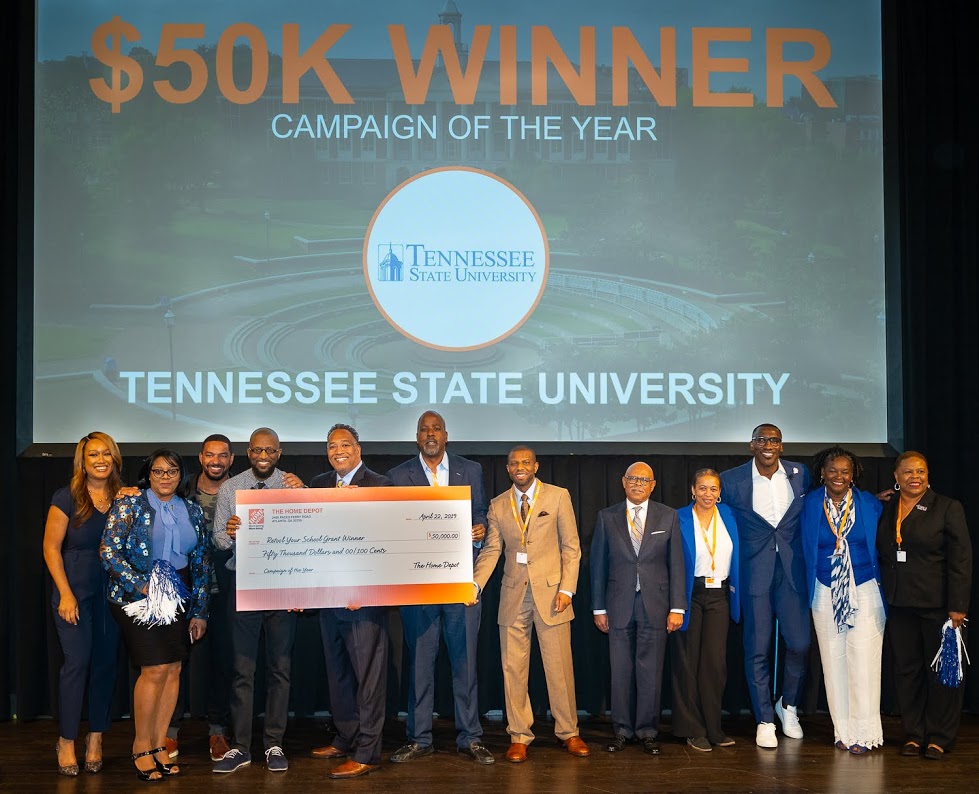 “We’re very excited about the ten-year anniversary of the Retool Your School Campus Improvement Grant Program,” says Melissa Brown, Senior Marketing Manager at The Home Depot. “The program has great momentum and allows us to make a long-lasting contribution to our nation’s treasured Historically Black Colleges and Universities.”

Established in 2009, The Retool Your School Campus Improvement Grant Program strives to give back to our nation’s HBCUs what they have so generously given to their communities — a strong foundation, renewed purpose and distinctive character. The ten winning schools will begin their sustainable projects in the summer of 2019.

Clusters were based on school population size