An African-American woman is now the publisher and editor of the Alabama newspaper that recently urged the Ku Klux Klan to “night ride again,” the paper said.
Elecia R. Dexter, a “strategic leader with expertise in human resources, operations and change management,” took up the positions Thursday, the weekly Democrat-Reporter of Linden said in a press release.
Dexter replaces Goodloe Sutton, the newspaper’s owner who penned a staggering editorial with the headline “The Klan Needs to Ride Again” in the paper’s February 14 edition.
Sutton still owns the newspaper, Dexter told CNN. 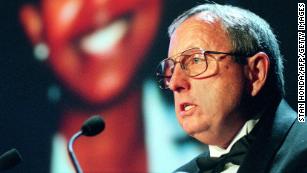 Goodloe Sutton, former editor and publisher of The Democrat-Reporter, in an undated photo.
Dexter’s family has “strong roots and a rich history in Marengo County where her dad, John Dexter Jr. was born,” the newspaper said.
Sutton’s editorial sparked outrage around the country. “Time for the Ku Klux Klan to night ride again,” Sutton wrote. “Democrats in the Republican Party and Democrats are plotting to raise taxes in Alabama.”
Sutton told the Montgomery Advertiser he urged the white supremacist group to “clean out D.C.” via lynchings. “We’ll get the hemp ropes out, loop them over a tall limb and hang all of them,” Sutton told the newspaper.
He stressed that he wasn’t calling for the hangings of all Americans, just the “socialist-communists.”
Read the full story on CNN.