LOS ANGELES (AP) — More than 140 survivors of sexual abuse by a former team doctor for USA Gymnastics and Michigan State University joined hands on stage to be honored with the Arthur Ashe Award for Courage at the ESPYs.
The women who spoke out against the abuse by Larry Nassar stood together Wednesday night in a powerful and solemn closing to the show highlighting the past year’s top athletes and moments in sports.
Gymnast Aly Raisman, softball player Tiffany Thomas Lopez and gymnast Sarah Klein, who said she was Nassar’s first victim 30 years ago, took turns speaking. Klein chided the U.S. Olympic Committee, USA Gymnastics and Michigan State for placing “money and medals above the safety of child athletes.” 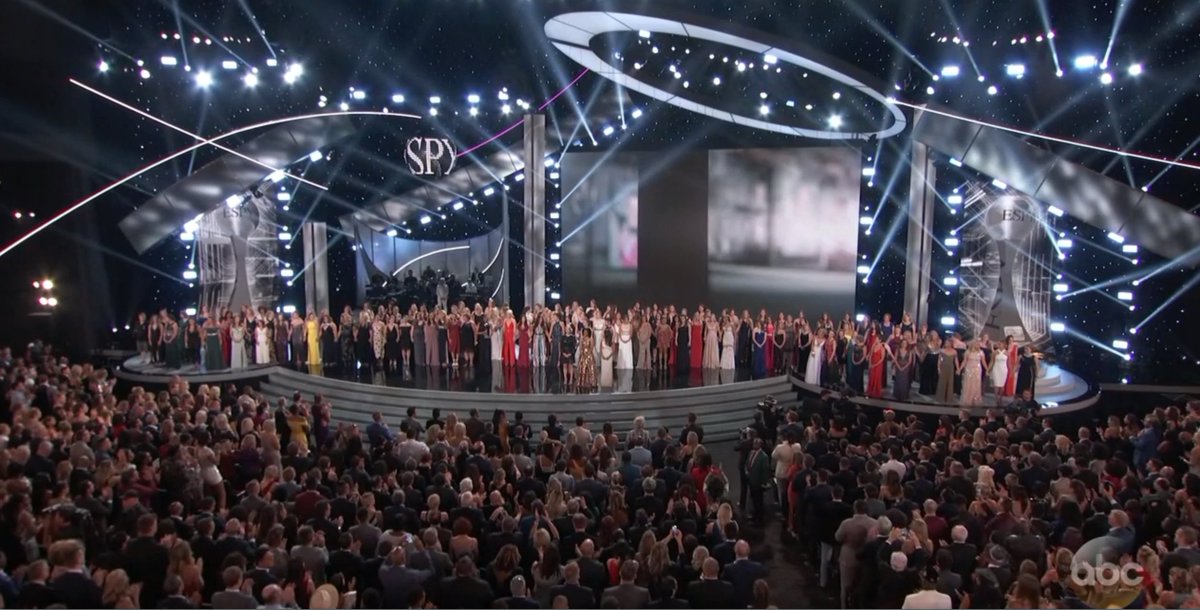 A picture of courage.

These 141 women on stage tonight are representatives for all the survivors who spoke out about the abuses they endured by their team doctor.

Kim had tears in her eyes as she listened to the Arthur Ashe recipients.
“We must start caring about children’s safety more than we care about adults’ reputations,” Klein said. “If we can just give one person the courage to use their voice, this is worth it.”
Raisman added: “For too long we were ignored. It could have been avoided. All we needed was one adult to have the integrity to stand between us and Larry Nassar.” 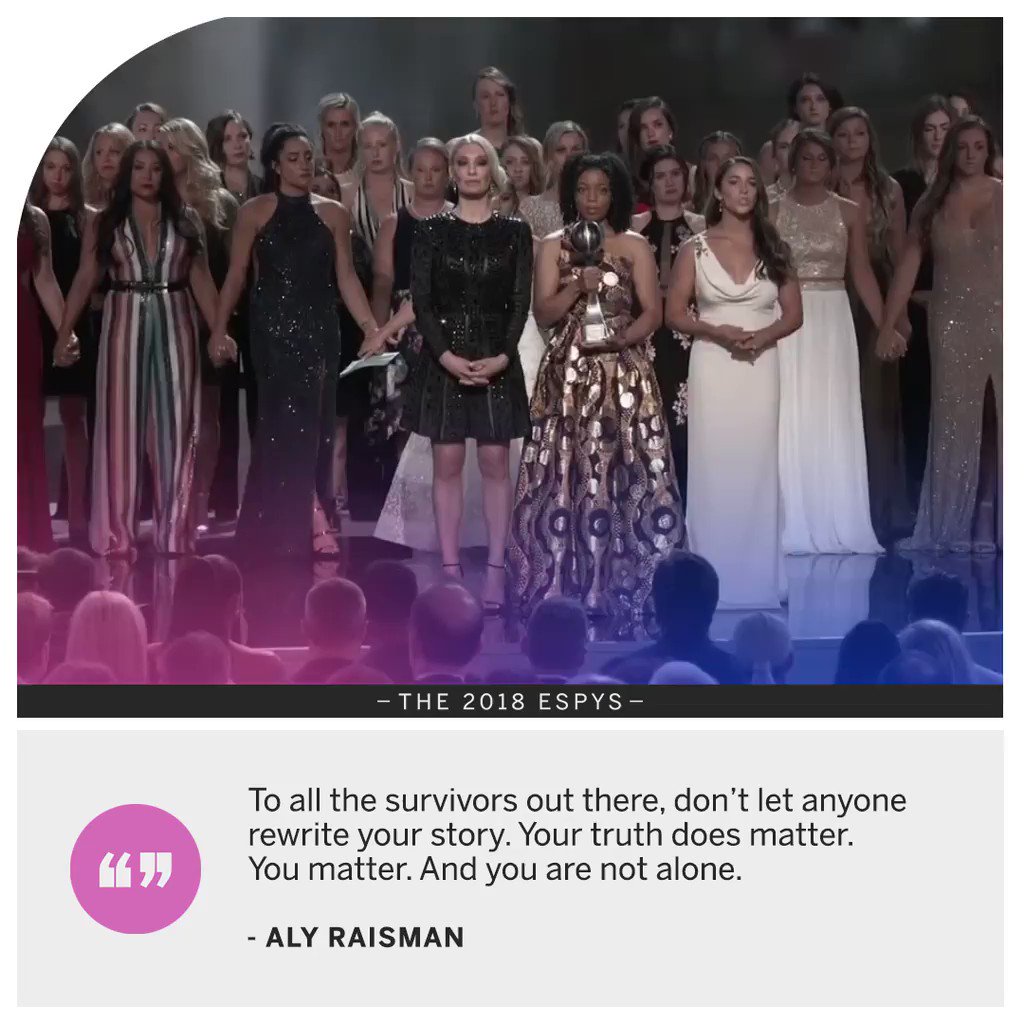 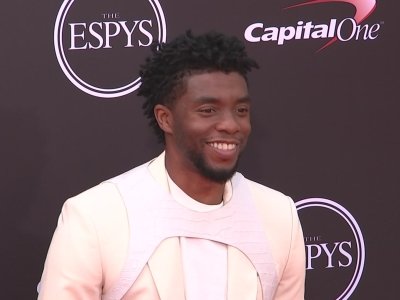 The audience gave the group a prolonged standing ovation and remained on its feet while the women spoke.
“What a powerful stage up here,” host Danica Patrick said before signing off.
Ovechkin joined Roger Federer and Olympic snowboarder Shaun White as double winners. Ovechkin was in Russia with his wife, Nastya, who is 8½ months pregnant.
Newly retired racecar driver Patrick became the first woman to host the show, held at the Microsoft Theater in downtown Los Angeles. Her opening monologue mostly fell flat, with athletes sitting stone-faced or wincing at many of the jokes.
Kim took female athlete honors over Olympic skier Mikaela Shiffrin, WNBA player Sylvia Fowles and soccer player Julie Ertz.
“This year has been filled with so many incredible memories I will hold onto the rest of my life,” Kim said as she held the silver trophy. “I really want to thank my family. They’ve sacrificed so much for me.”
Kim also claimed trophies for best female Olympian and female action sports athlete. At the Pyeongchang Games in February, she became the youngest to win a snowboarding medal when the then-17-year-old claimed gold in halfpipe.
Ovechkin, who led the Washington Capitals to their first Stanley Cup championship, also won for best NHL player. He beat out Patriots quarterback Tom Brady and fellow first-time nominees Jose Altuve of the Houston Astros and James Harden of the Houston Rockets for male athlete.
Federer’s five-set victory at the Australian Open in January for his 20th Grand Slam singles title earned honors for record-breaking performance, and he also received best male tennis player.
White won best Olympic moment with his final-run performance in South Korea featuring back-to-back 1440s to take gold, and best male Olympian.
The Astros were honored as best team for winning the franchise’s first World Series.
LeBron James, soon to be starring across the street at Staples Center with the Los Angeles Lakers, won best NBA player for the third straight year on his 14th consecutive nomination in the category.
Brady claimed best NFL player, while Mike Trout of the Los Angeles Angels won MLB player.
On a big night for Olympians, the U.S. women’s hockey team earned best game honors for its shootout victory over Canada in the gold-medal game in South Korea.
Donovan Mitchell of the Utah Jazz earned breakthrough athlete honors.
Quarterback Nick Foles received the championship performance trophy for leading the Philadelphia Eagles to their first Super Bowl title.
The Minnesota Vikings earned best moment honors for beating the New Orleans Saints on the last play of the NFC divisional playoff game.
Notre Dame’s Arike Ogunbowale won in the best play category for hitting a buzzer-beater in the NCAA women’s title game.
The best coach award was given posthumously to Aaron Feis, Scott Beigel and Chris Hixon, all of whom died in the mass shooting at Florida’s Marjory Stoneman Douglas High School.
Former quarterback Jim Kelly received the Jimmy V Award for Perseverance for his struggle with jaw cancer. Fellow NFL Hall of Famers Dan Marino and John Elway presented Kelly with the honor.