Gun reform advocate Lucia “Lucy” McBath will face businessman Kevin Abel in a Democratic primary runoff in July.
The top contenders in Georgia’s 6th Congressional District primary on Tuesday hope to unseat incumbent Republican Karen Handel in November’s general election.
[ione_embed src=//delivery.vidible.tv/jsonp/pid=5688f66de4b040e17d991226/vid=5b0329267985d836f98f3bcc/5688f5c1e4b0f2c97f395156.js service=AOL Video class=”vdb_player vdb_5688f66de4b040e17d9912265688f5c1e4b0f2c97f395156″ type=script]
With 99 percent of precincts reporting, McBath amassed an unofficial tally of about 14,700 votes (about 36 percent of the total number) in Tuesday’s primary race, according to The New York Times. Abel had 12,400 votes (30.5 percent).
McBath, a national spokeswoman for gun control group Moms Demand Action, was spurred into activism by the death of her son, Jordan Davis, a black 17-year-old who was shot dead in 2012 at a gas station in Florida by a white man complaining about loud music. In her first run for public office, McBath was initially planning to run for a state house seat, but she pivoted to a run for Congress after the February school shooting in Parkland, Florida, which killed 17 people ― most of them teens.
“I knew that I could no longer sit on the sidelines,” McBath wrote on her campaign site, “while the politicians in the pocket of the gun manufacturing lobby decide the future of our gun laws.”
If elected to Congress, McBath intends to push for “common sense gun violence prevention laws,” including background checks, raising the age for firearm purchases to 21 years old and fighting against “conceal carry” measures.
McBath is not new to politics. As a child, she attended civil rights marches with her father, who was president of the Illinois chapter of the NAACP for over two decades. More recently, as a “Mother of the Movement” ― a group of women who’ve lost a child to gun violence or in police custody ― McBath has lobbied Congress, testified before Senate committees and campaigned for Hillary Clinton in 2016. Earlier this year, she helped plan the March for Our Lives protest.
“This [campaign] has been my therapy,” McBath told Refinery29 in late February, of her run for Congress. “This has been the best therapy in the world for me because it makes me feel like Jordan didn’t die in vain, because we can change the culture that he died under.”
The two-time breast cancer survivor is also committed to fighting for issues beyond gun control, like affordable health care and women’s access to health services. 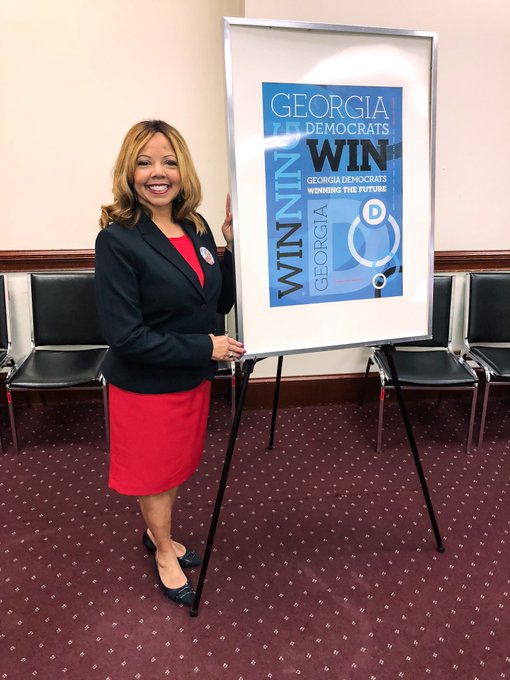 I’ve lobbied the State House and Senate to enact common sense gun violence prevention laws that save lives. Please follow my journey as I take my message to Washington @LucyWins2018.

Abel is a co-founder of an IT consulting company and has served on the board of the Metro Atlanta Chamber of Commerce. A native of South Africa who moved to the U.S. as a teenager, he is also running on a platform of sensible gun control and affordable health care. Reducing income inequality by “building an economy that works for everyone” is another priority Abel has identified.
“This is not the time to be timid or cautious, time to stand up and do something. This country has given me so much, I am honored to run, potentially serve and protect it for future generations,” Abel told Neighbor News Online last month about his political aspirations 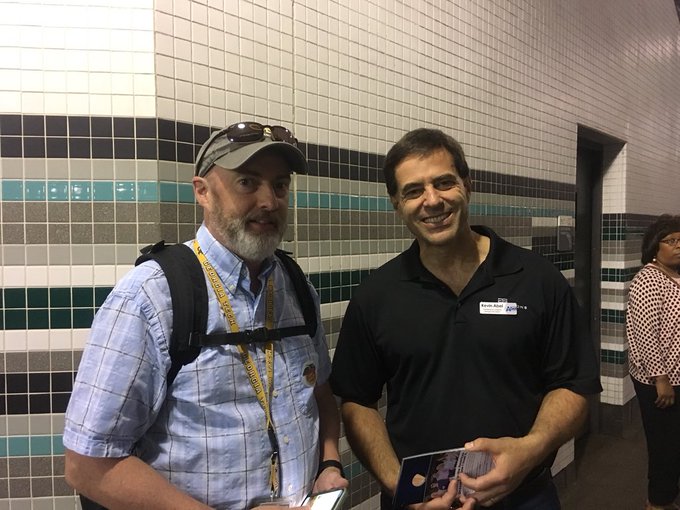 No better way to spend Election Day than talking to #GA06 voters at the Sandy Springs MARTA station! It’s only 8:30 am but Greg has already cast his vote! #gapol

The winner of the impending runoff will face a challenging race against Handel, who beat her Democratic opponent Jon Ossoff in last year’s special election ― the most expensive U.S. House race in history with more than $50 million spent on both bids.