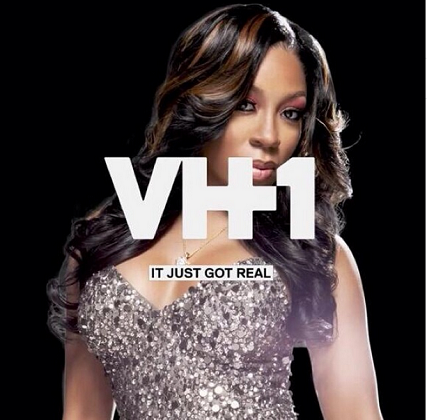 K. Michelle is definitely the breakout star of the “Love & Hip Hop” franchise — managing to not only become a successful R&B diva, but secure her own reality series as well.

She has enough popularity to branch out on her own with the new series, “My Life.” The show premieres on Monday, Nov. 3, 2014 at 9 p.m. ET on Vh1. The show was originally supposed to be called, “No New friends,” but the name didn’t work out for obvious reasons.
In the trailer to the series, things get steamy hot with K. as she bares all for a photo shoot. She’s traveling everywhere and performing — living the life of a well-rounded entertainer and taking care of business.
Also featured on the show is her son. She felt “Love and Hip Hop: Atlanta” was too negative for him — meaning he’ll be making his first appearances on her new reality series.

But fans of K. can be ensured they will get the drama in her life as well — especially since she’s not the one to ever hold her tongue nor is she afraid to throw shade or come for someone.
Read more at https://www.eurweb.com/2014/10/k-michelle-gets-booty-naked-for-the-trailer-of-her-new-reality-series-my-life/#btR16qGUl12xyCdX.99