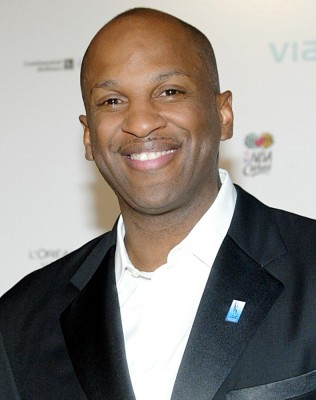 Donnie McClurkin’s appreciation for Yolanda Adams goes back a long way. So it’s only fitting that the gospel entertainer be among those honoring his fellow “Sunday Best” judge as host of the Yolanda Adams Gospel Tribute at the upcoming Essence festival. In McClurkin’s eyes, the opportunity to host such an event trumps being nervous or excited.
“I don’t know what word to use. It’s more of an honor because nobody is a greater supporter of the Gospel music industry than I am,” the singer said. “I am a support person. I want to push what’s happening in the music industry to make gospel music greater than it was before. So by hosting, I get a chance to honor Yolanda.”
In giving praise to Adams, McClurkin took a humorous turn while elaborating on how long he’s known the “Open My Heart” vocalist.
“Yolanda and I have been friends for almost 30 years and I tried to date her once. You can put that on the record [laughs]. We are best friends. We’re great friends. Sooner or later I’m going to wear her down. Either her or Halle Berry, one of the two.”
“But to host and honor Yolanda — who is such a concentrated, focused and hard worker — is an honor. Everything she does, she does with everything that’s in her. I’m just very happy to take this time to honor her and join different artists to do so,” continued McClurkin, who provided a glimpse of what fans can expect from the tribute. “It’s going to be crazy and it’s going to be holy. We’re going to cry. We’re going to praise God and we’re going to thank God for the gift of Yolanda Adams.”